Week One: Team of the week 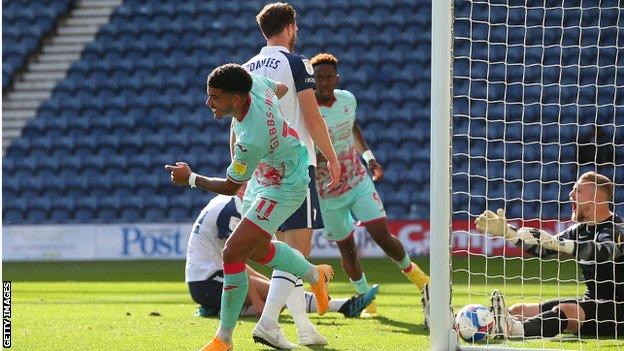 The Championship returned with a bang this week as teams got back into action. We saw debut goals, last minute winners and new managers taking charge for the first time. Below is my team of the week. Let us know your thoughts.

GK: Bartosz Białkowski
In a game of very few chances and he saved to keep Millwall in the game. Stoke had the better chances and he made sure that it’s stayed 0-0

DF Jack Stacey
Scored his first Cherries goal with a beautiful finish. Caused Blackburn all sorts of problems playing in the right wing back role. Looks more of player he was at Luton.

DF Joe Rodon
Playing his first league game for nearly 6 months after recovering from an injury he came straight back into the starting eleven and impressed. Him as part of the Swansea back three gave Preston hardly a sniff in-front of goal.

DF Harlee Dean
Stoped his former team from scoring by winning numerous headers. A real standout performance from the centre half. Was everywhere on the pitch and impressed in Aitor Karanka’s first game in charge.

DF Matt Penney
Back in the first team fold at Wednesday after numerous loans out. A decent performance from the young full back and didn’t let Cardiff play at all keeping a clean sheet in the process.

MF Jamie Paterson
A goal and an assist from the Bristol City wide man. Impressed from the very first minute as he slotted home after 29 seconds. After Coventry equalised Paterson found Tomas Kalas for the winner.

MF Morgan Gibbs-White
Scored the winner on his league debut for the Swans. An impressive all round performance form the on loan Wolves man. Some impressive passing and defensive work paid off as Swansea saw out the win.

MF Oliver Skipp
The Norwich midfielder was everywhere, a very impressive debut after signing on loan from Spurs for the season. With 91% pass accuracy and winning 8 out of 11 duels you can see why Norwich fans were raving about him.

MF Josh Windass A goal and an assist for the man returning to Hillsborough this time on a permanent deal. He caused Cardiff problems all afternoon and they had no answer on how to deal with him.

FW Lucas Joao
The Reading striker popped up with a goal and an assist to help his side to an impressive win away at Derby. Having scored a treble last week in the League Cup could this be his standout season.

FW James Collins
Scored the winner with a lovely finish and gave Luton a win on the opening day. The powerful striker who causes problems for many defenders in the league.

Manager: Veljko Paunović
First game managing in English football and he managed his team to a first win. Reading produced a impressive all round performance and deserved the win.