Royals fight back with 5 star performance 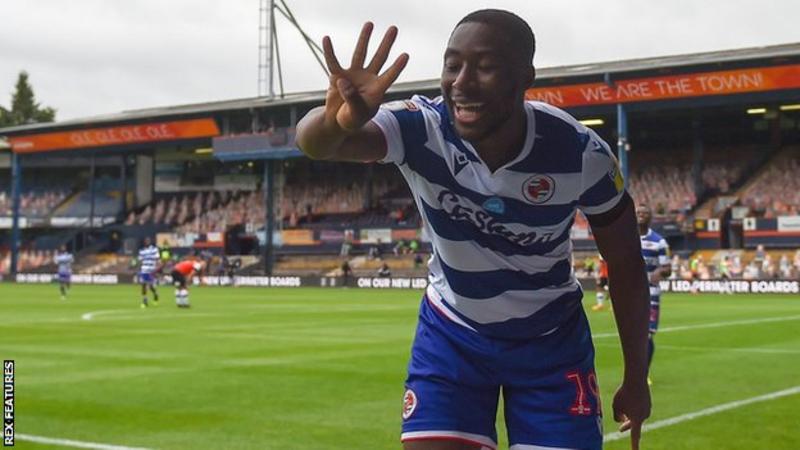 What a response that was from Reading! after the defeat to Brentford midweek

The Ivorian hitman had his treble after just 35 minutes as the Royals ran riot to win their first match since the restart after the leagues suspension in March due to the Coronavirus pandemic. Luton, the league’s bottom side, collapsed in a poor performance and looked different to the team that picked up a point at Eland Road in the week.

George Puscas was also on target for Reading.

Reading had chances to score early on as Meite saw his close-range shot cleared off the line by Dan Potts.

It could have been a different game had James Collins scored but his header hit the bar for Luton at 0-0. Matty Pearson had appeals for a penalty rejected as Reading then managed to get control of the game.

Reading manager Mark Bowen speaking to Sky Sports said “[Meite] actually came to see me yesterday (Friday) and was trying to put a case forward as he wanted to play as a number nine. I was telling him, ‘sometimes you play from a wider area, yes it’s harder work as you’ve got to track full-backs, but you can find more space coming in that channel between a full-back and a centre-back’.

“I walked in the dressing room and he looked at me with a wry smile on his face, so I think maybe for today I’ve won that argument. Five-nil is fantastic, but for me the most pleasing thing at five-nil was that we switched off, they went clean through and Rafa (Cabral) came out to keep a clean sheet with a point-blank save, which was huge.”

MAN OF THE MATCH: Yakou Méïté: His 4 goals sealed the big win and he could have had more, came of in the 70th minute to eat Pizza in the stands- yes that happened.

This was an important victory for Reading so, lets see what some of the fans think.

Has anything gone wrong at Swansea this season?
Swans break down the Owls