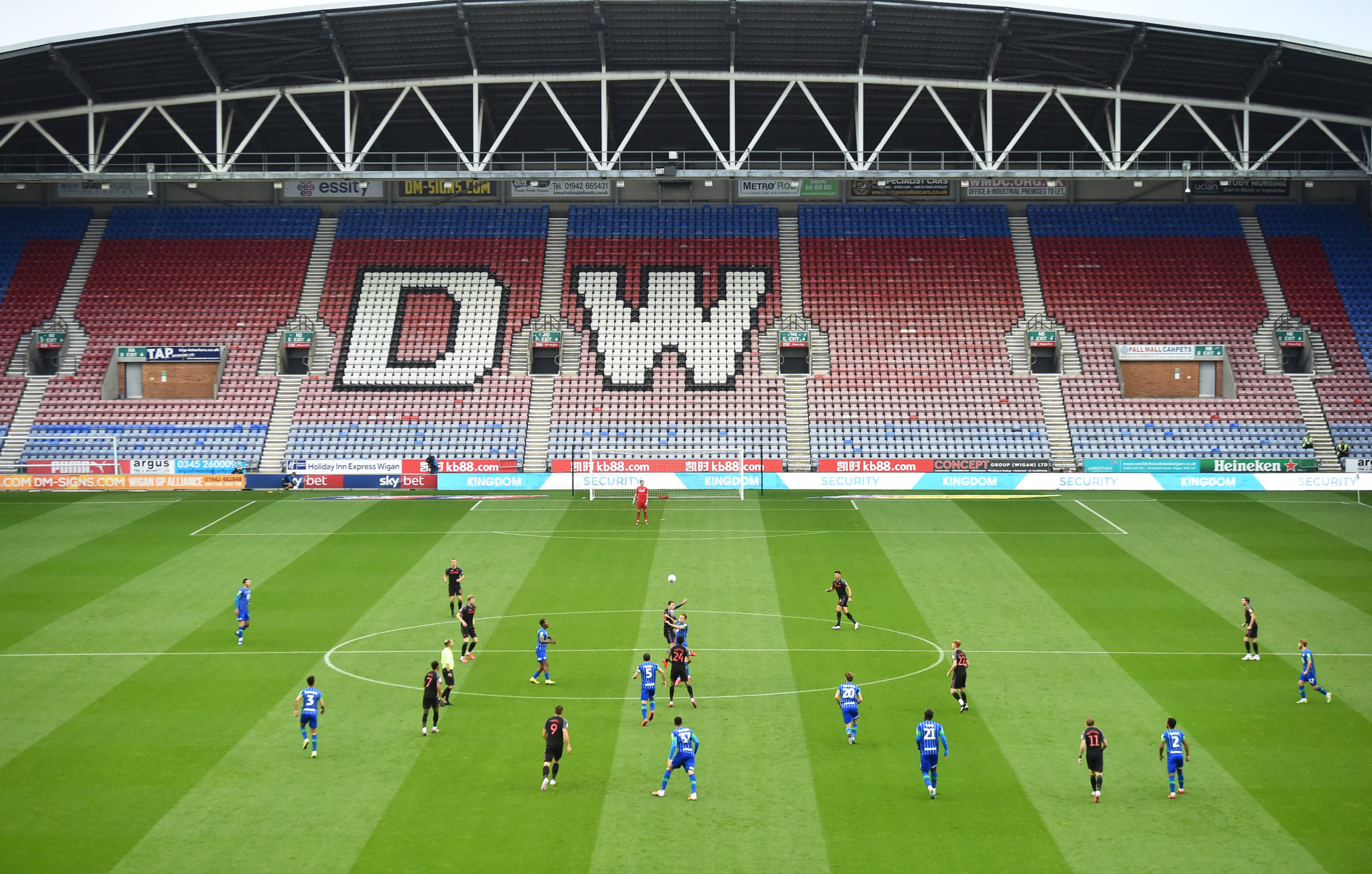 EFL have confirmed that Wigan Athletic will face a 12-point deduction after they became the first professional club in England since the coronavirus outbreak to fall into administration.

The Latics had a disappointing first half to the season as they managed just four wins and they were languishing at the bottom of the table after matchday 25.

However, they have since made a terrific revival with nine wins from their next 15 matches and that sees them eight points clear of the relegation places with six games to play.

Amidst this, the Latics have made the surprise announcement that they have entered administration with the financial impact of the coronavirus pandemic cited as one of the reasons.

Just one month ago, a change in ownership was announced by the Greater Manchester outfit with Next Leader Fund taking over from International Entertainment Corporation as the major shareholders.

However, there has since been no funding from the new owners to curb the recurring losses and hence, Paul Stanley, Gerald Krasner and Dean Watson of Begbies Traynor have been appointed as joint administrators.

As per EFL regulations, Wigan won’t suffer the 12-point deduction until the end of the season. Suppose, the club are relegated with their final position, which appears unlikely at the moment, the deduction would be made during the 2020/21 campaign instead of the current one.

Paul Cook’s side have made a terrific return after the coronavirus shutdown with three wins on the bounce. They have dropped just two points from their previous seven league games and will definitely need to keep the run going to beat the drop.

Wigan are effectively at the bottom of the standings with the expected 12-point deduction, but they still have a decent chance of preserving their Championship status with only a five-point gap to safety.

Stanley has recently said that the club are ‘fairly certain‘ to find a new buyer, but it is still surprising that the existing owners took the decision to enter administration at such a short notice.

Meanwhile, Dave Whelan, who owned the Latics between 1995 and 2018, has already expressed his shock over the decision and has vowed to help the club in any possible way.

Wigan to appeal against 12 point deduction